We tell stories to inspire

We are a small award-winning documentary team that believes in the power of sharing personal and untold stories about scientists and the communities they serve. We are dedicated to producing cinematic, character-driven short and long-form documentaries that bring us closer together and closer to science.

Landmark Stories is backed by the Arizona Experiment Station at the University of Arizona’s Division of Agriculture, Life & Veterinary Sciences, and Cooperative Extension. 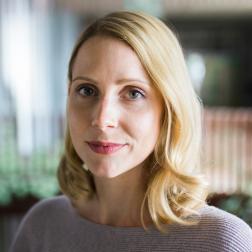 Sandra Westdahl believes stories can help change lives. In her current role as Senior Producer at Landmark Stories, she wants to find and tell those stories that build relationships and bridge the gap between people and science.

Before embarking on a career as a visual storyteller, Sandra worked as a print journalist in her home country of Sweden.

She completed her bachelor’s degree in broadcast journalism at the University of Arizona and worked as a video producer fellow with The New York Times Journalism Institute. She spent five years working for PBS 6 producing, filming and editing documentary shorts with a focus on social justice and equality.

Since making the transition to film, Sandra has received multiple Rocky Mountain Emmy Awards, as well as several regional and a national Edward R. Murrow Awards for her work. Her work has been featured nationally on PBS NewsHour Weekend and NPR Tiny Desk Contest. 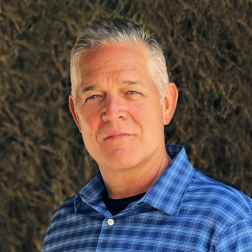 Mitch Riley has worked as a documentary producer and visual storyteller in southern Arizona for more than a decade. His extensive body of work is character-driven, photography forward, and focused on the human condition. He believes the storyteller’s journey is one of building authentic relationships that uplift and honor people and speak to the greater good.

He recently joined the Landmark Stories team after serving as Senior Series Producer for the award-winning show Arizona Illustrated, a program of Arizona Public Media (AZPM), the PBS affiliate in Tucson. Two of his favorite short docs were produced in collaboration with Sandra Westdahl while they both worked at AZPM. They are COACH, the story of a former Marine and professional boxer who mentors youth from marginalized communities, and CAMP BRAVO, the story of a homeless encampment for Veterans near downtown Tucson.

Mitch has been recognized with multiple regional Emmy Awards and a 2021 Edward R. Murrow Award for his short doc, WILDLIFE AND THE BIGHORN. He graduated from the University of Colorado at Colorado Springs and went on to earn an MFA from New York University’s Graduate Film Program at Tisch School of the Arts.

Mitch enjoys spending time with his family in Tubac, golfing with friends, hanging with his dog Brando, and helping out in the kitchen. His cinematic influences include Terence Malick and Emmanuel “Chivo” Lubezski. 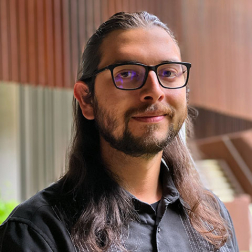 Angel Marquez has always had a love for film. His parents exposed him to all the blockbusters from the 80s and 90s as well as the films of their youth starring Pedro Infante, Santo, and Jorge Negrete. His passion for filmmaking led him to a greater appreciation for the role sound plays in the audience experience. Angel believes high-quality sound is essential to telling impactful stories and takes great pride in his profession of bringing unique voices to life. He is driven to tell the stories of people who are fighting for responsible land stewardship, clean water, and social justice.

Growing up in Tucson, Arizona, he frequently visited his parent’s home in Sonora, Mexico. During that time, Angel began to explore ways of understanding his own story of living between two worlds. He heard the stories of his family and the struggles they endured; his paternal grandfather breaking both of his legs traveling on foot from Sinaloa to work in California and his maternal grandfather swimming across the Rio Grande with his clothes in a shopping bag to find work in Corpus Christi, Texas.

In college, Angel continued to explore his Mexican-American roots as well as his love for storytelling. As an undergraduate, he worked at Landmark Stories helping with all aspects of the filmmaking process. In 2020, he graduated from the University of Arizona with a degree in History and Mexican American studies, an experience that refined his skills as a researcher and storyteller. Before joining Landmark Stories, he worked as a freelance sound recordist and projectionist at the Loft, a non-profit art house cinema in Tucson. His sound recording skills have been showcased in several non-fiction and fiction film projects including the acclaimed short film Tesoro, by director Roxanna Denise Ibarra.

When Angel is not strapped to a sound mixer and wearing headphones, he enjoys riding the streets of Tucson on his bike, cooking elaborate meals with mixed results, and relaxing with his highly opinionated cat, Momo. Elena Lopez is a visual communications strategist, designer, and illustrator guided by the simple principle of meaningful service. She is driven to use her creative skills to help tell stories of human advancement.

Elena is a native of the sunny Southwest and grew up in Nogales, Mexico. She discovered her love for design when she acquired her first graphics tablet at age 15. She moved from Nogales to Tucson to work on her Bachelor of Science in Business at the Eller College of Management. She has certifications in business strategy and Spanish interpretation.

Before joining Landmark Stories, Elena served as a multimedia specialist at Arizona Public Media, the NPR/PBS affiliate in Tucson, where she helped solidify the brand, enhance marketing efforts, and develop advertising campaigns. She has extensive experience working in broadcast, online, and social media platforms. She won a regional Edward R. Murrow award and earned an Emmy nomination for her work on “Pandemic Dreams”—a fully animated short documentary on Arizona Illustrated at Arizona Public Media.

Today, Elena is focused on the future, working with her creative partners, and helping develop innovative documentary films that will make a positive difference in people’s lives.

Dave Bogner keeps Landmark Stories running smoothly by applying his many years of communications technology in his role of Production Manager.

Starting in his teens as a camera operator for local TV sports and studio productions, Dave worked for Capitol Records touring rock and roll bands. After college, he worked his way up to the Director of Engineering at the Virginia Tech Instructional TV studio and grew the studio to a statewide organization with multiple studios, satellite facilities, classrooms and networking operations. He also taught courses for the Faculty Development Institute, founded a state of the art digital media lab for the University, and contributed to the development of a high speed digital network in the state of Virginia with real-time video communications. 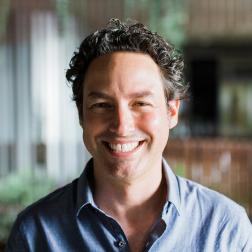